Well, I'm really whizzing through the states at the moment, having now arrived in Texas;  even popping over to another country, Mexico, for a couple of hours yesterday.

The weather continued to be cold for the last week, culminating on Friday night in only the 8th ever snowfall in El Paso.  All the way from Lordsberg was a constant view of snow-sprinkled mountain ranges popping up one after the other.  I had to resort to dragging out my thermals to wear (I almost postd them home some months ago!) and even putting my shoes, rather than sandals, complete with 2 layers of socks and plastic bags to help keep off the freezing wind chill.

Now, I am extremely glad to say,  the last couple of days have seen a significant rise in temperature, which, in theory, is set to continue to rise into high 60s/low 70s as the week continues.  Yippee.

Staying in downtown El Paso at the longest continuously open hotel (since 1922) meant being on hand to watch the procession of lights last night, after the switching-on-lights ceremony in a nearby square.  About 50 floats went by all brilliantly lit up for the start of Christmas festivities.

Tomorrow I leave El Paso to continue eastwards towards San Antonio.  I shall  be saying goodbye to my cycling companion of the last few weeks.  :-(    It has been great to have company for such a long time and so it will be quite a strange feeling being on my own again.  I remember how I felt when my Polish companion (hi, Tomasz) and I parted in Iran.  I know I shall feel very alone at first, but I also know that I have come this far on my own and that I shall be able to continue and finish my trip still with a positive attitude and a certain sense of achievement.  I continue to enjoy wonderful encouragement in the emails I receive and I thank you all for them.  :-)

It seems that I am possibly in the most temperate part of the US at the moment.  The Weather Channel over the past week has shown nothing but  unusual extremes of weather for most of the country:  snow in California, rain in Florida.  I experienced incredibly strong winds last Tuesday for the 69 miles between Fort Hancock and Van Horn.  Cycling was just about manageable when the 40 mph wind was directly behind me, but mostly it was slightly one side or the other and, when it gusted 50-60, it took some controlling in order not end up on the main carriageway.  Suffice to say, I made it in one piece, but no way would I be camping in such conditions!  Since then, there have been no strong winds, but it has been very cold in the mornings until midday.

I have had a cold for the last 4 days, but, as usual, something good turns up:  I arrived in the, apparently, sleepy little town of Marfa on Wednesday night and, to cut a long story short, instead of ending up camping in one of the 2 little parks there, I was put up in a little house in the back garden of a guy, Gary, who offers hospitality to passing cyclists, feeds them delicious vegan food and gives them cartoon Christmas cards!!  Marfa itelf turns out to be a famous place, often being interviewed by the New York Times.  It has seen anti-nuclear activism and  has developed into a main player for a centre for contemporary conceptual art. 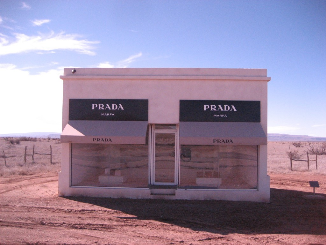 Next town, Alpine, sees me holed up with the vivacious Liz, who also offers hospitality to cyclists (she's on the warmshowers list) and in whose home I am sleeping/sitting out my cold, entrusting a complete stranger whilst she goes away for the weekend!  Neighbours have invited me to  cocktail party and to lunch and to view their contemporarily-designed adobe house.  Alpine is quite an arty town, more so in the traditional style than modern Marfa.

Temperatures in the day have been warm over the weekend, set to cool a bit in the week ahead.  I have decided to take a small detour through Big Bend National Park, which means camping for 3 nights and cycling some long distances (80 miles), with hills, a couple of the days.  I have been assured it will be well worth it - and above freezing at night!

It's not long 'til Christmas,  I see.  How are your Christmas plans coming on?  I thought it might be a good idea to stay in a hostel, rather than in a motel room, as I would then have kitchen facilities and not be confined to just a room;  to which end I am planning to stay in one in Austin, Texas (if they are open);  unfortunately, no alcohol allowed, but they should have wifi (so's I can Skype family).  That's the current thinking, at any rate.

BTW, there are quite a few more photos up on the site, including a short, miss-it-if-you-blink, video clip kindly filmed and sent by the Shelton couple I met whilst cycling Alaska and Yukon. 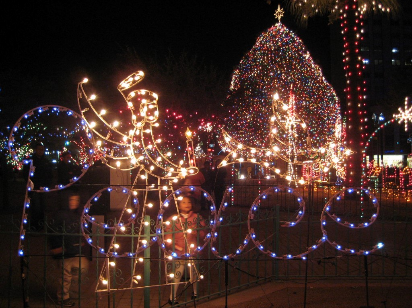 Warm greetings and a very Happy Christmas from an incredibly cold and windy Austin.

I arrived here yesterday,  just in the nick of time before the weather changed.   Mind you,  it took some doing: hard cycling and long days, arriving twice after dark (one day was 91 miles;  possibly the second highest mileage in one day, after Abu Dhabi to Al Ain - such a long time ago! - at 103 miles).

On leaving Alpine, I detoured to Big Bend National Park, even trekking one of the short trails, to The Window.  Bears and mountain lions were active apparently and so I carried my defence with me in the form of a few stones to throw at them. (it made me feel much safer,  knowing I had such effective armoury!).

I could have come unstuck on my third night in the park area, re camping, because the National Park system for the primitive campsites is to issue permits and to book only one party per campsite (even if the part is only one person).  The 2 sites that I could have reached were both booked.  So - what to do?!  Well,  you know I've mentioned before that something always turns up?  On this occasion it was in the form of a lovely couple I'd met on the Window trail, who now happened to be in the visitor centre where I was trying to book my campsite.   I ended up accepting a lift with them to the campsite at Rio Grande village, on the way having a soak in the Hot Springs on the banks of the  Rio Grande river (Mexico being just a hop and a skip away on the other side of the river).

Since then, I have stayed in 3 more warm showers places, plus in the home of a friend of the guy in Marfa, plus a free stay at an RV park (I arrived after the office had closed,  which didn't open until 9 the next morning, by which time I was far gone because I had 91 miles to do that day!).

Weather has been a mixture:  extremely cold in the mornings, warming up by midday;  cloudy and cold all day, plus headwinds;  cloudless and warm, with or without headwinds.  Terrain has been mostly flattish, but with some really rough surfaces on the hard shoulders, jolting up and down for 7 hours and ending up pretty weary by the end of the day.  But ... there have also been some smooth, clean, pleasurably-rolling-along hard shoulders.

I have booked 4 nights in the hostel in Austin.  Depending on the weather, depends on whether or not I stay longer.  On the way here yesterday,  I was stopped by a woman, saying she had passed me by in her car, saw that  I seemed to be travelling and wanted to invite me to stay with her over Christmas, if I was not staying with anyone already!!!  Wow!  wow! wow!  How overwhelmingly kind and thoughtful.  On arrival at the hostel, it turns out that the duty staff tomorrow will be cooking a Christmas meal for us in the evening.

At 1.30 this morning I was able to Skype my son on his 21st birthday,  joining with his sister and friends in  waking him up at 7.30am UK time with a rendition of Happy Birthday .

Today, braving the cold and wind, I cycled to downtown Austin, to Mellow Johnny's, a bike shop owned by Lance Armstrong.  I had new brake pads put on my Raven;  only the second time on my trip (last time in Japan at about 10,000 miles.  This time after only 6000 miles.)  :-)

Four pm found me in St David's Episcopalian Church for a Christmas Pageant service.  I received a warm welcome from the pastor and staff.  It was good to go to such a service, being able to understand and enjoy what was going on, unlike last year when in Turkey.

I'd like to take this opportunity to say a big thank you, everyone, for your faithful following of my travels throughout the 20 months I have been on the road.  Your encouragement and kind comments have helped me to keep going.

And now, at this time of year, as well as spending time with family and waiting for Santa to come down the chimney, it's good to remember that "God so loved the world that he gave his one and only son that, whoever believes in him, shall not perish but have everlasting life".

A HAPPY AND JOYOUS CHRISTMAS TO YOU ALL 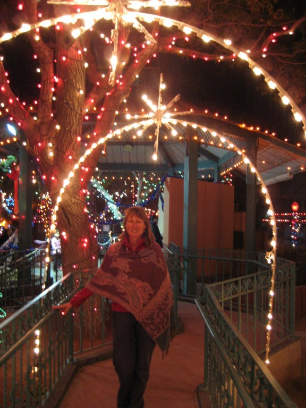 So, as we come to the close of another, exciting, year, I find myself still in Austin, unashamedly having a relaxing, extended break at the warm, welcoming, cosy, friendly hostel here in Austin.

Since being here, I have sampled some of the live music for which the city is so famous, going with a group from the hostel last Saturday night.  And on Monday night, I  went with a friend to the historic (there are so many historic places in the States) Paramount Theatre to see Woody Allen and his New Orleans Jazz Band.  Great fun.

And so, as this year closes and a new one opens, remember, make dreams become reality and build relationships to treasure.

I wish everyone a very HAPPY NEW YEAR and

a blessed, joyous and fulfilling 2010.